Mine clearance | Project duration: since 2017

War raged in Angola from 1975 to 2002 – one of the longest in Africa. One million people were displaced and more than two million suffered from hunger. The consequences are still visible and palpable to this day: vast areas are contaminated with mines, especially in rural and remote regions. To date, around 80 000 people in Angola have been killed or injured by mines.

WWM has participated in the HALO Trust project "100 female deminers for Angola" since 2017.

Women in Angola have much worse chances of finding employment than men. Through this project, women can have a long-term career, acquire transferable professional skills and, through financial security, also better living conditions for them and their families. It also motivates women to take on positions of responsibility. 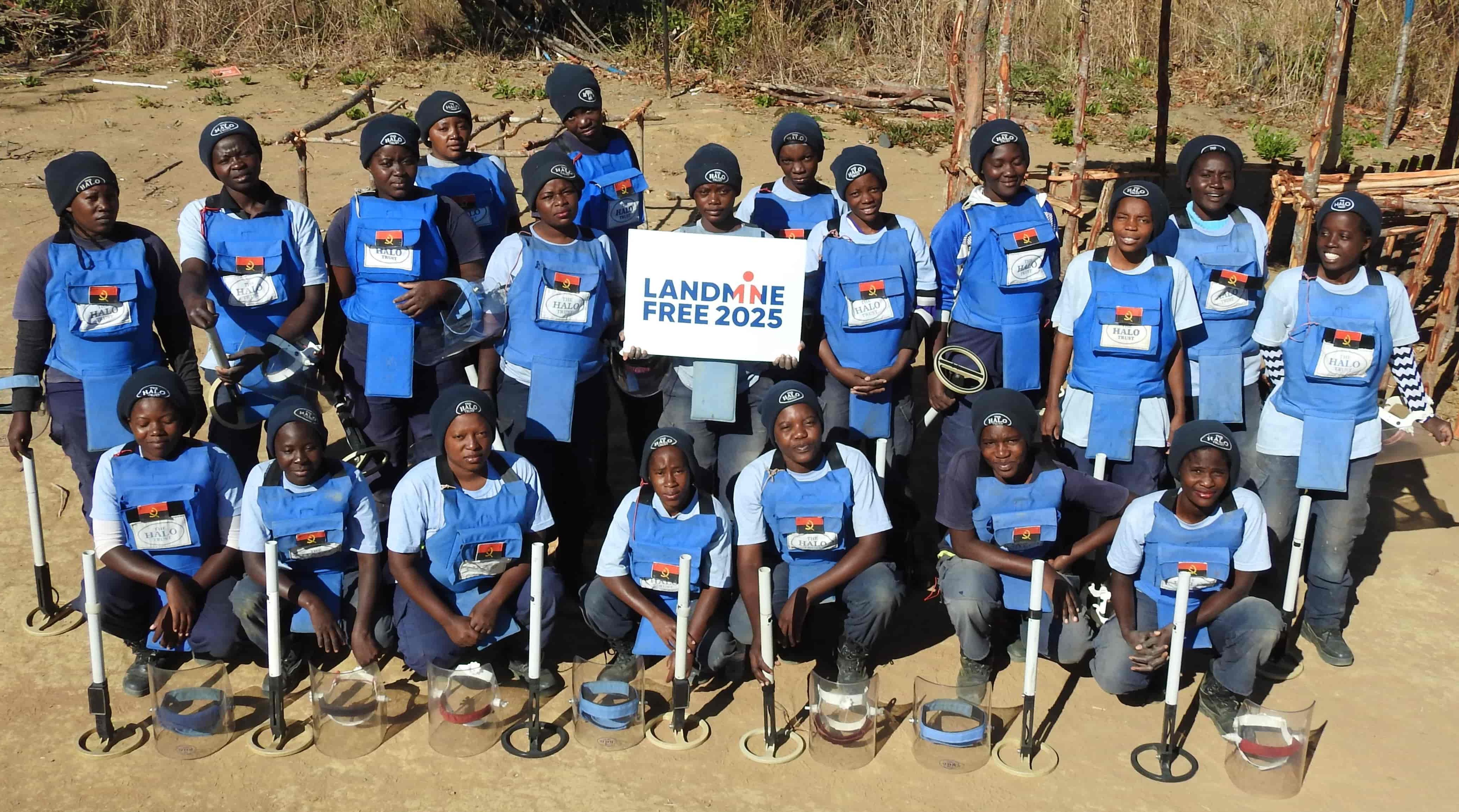 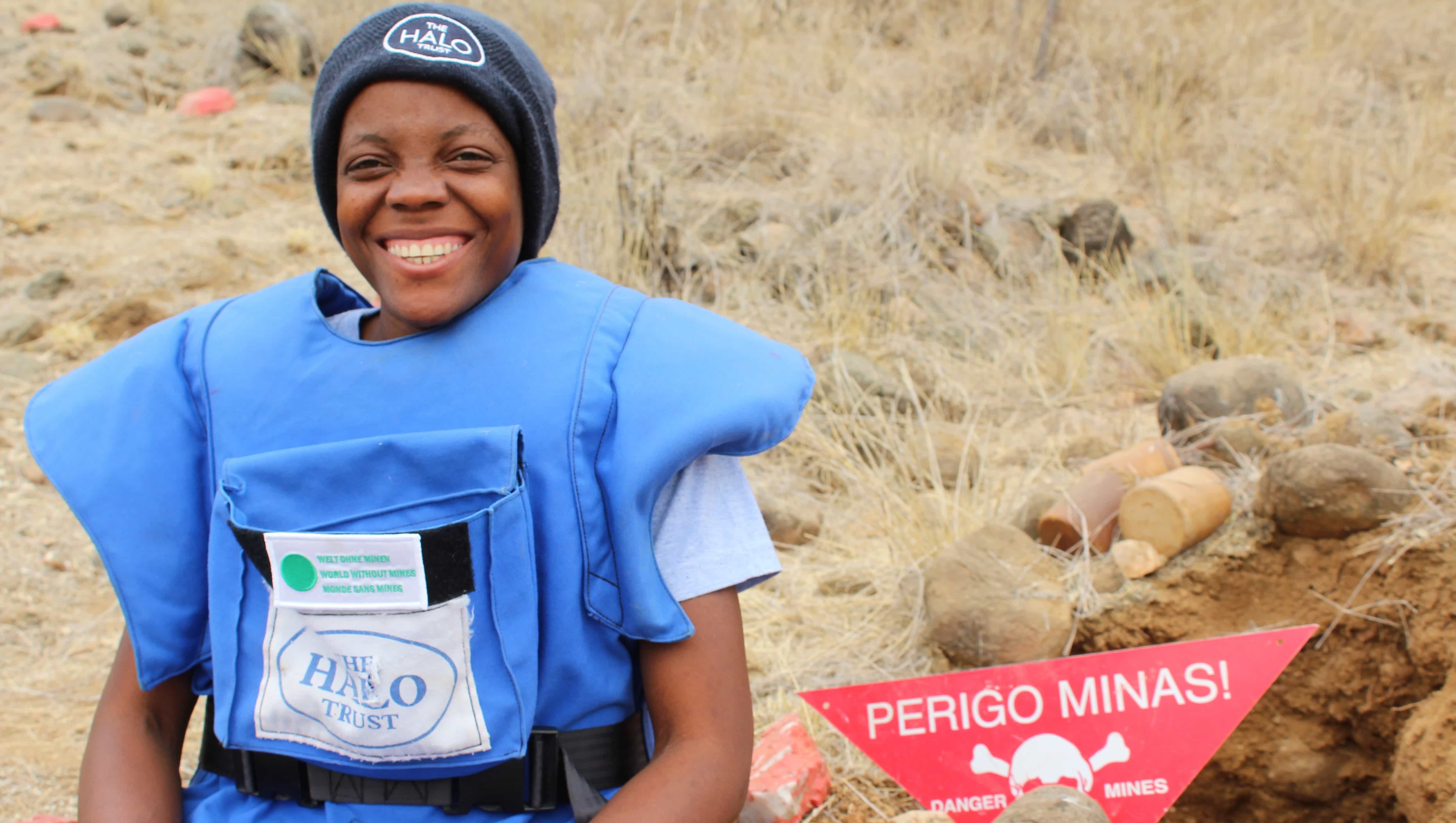 A proud deminer from Angola 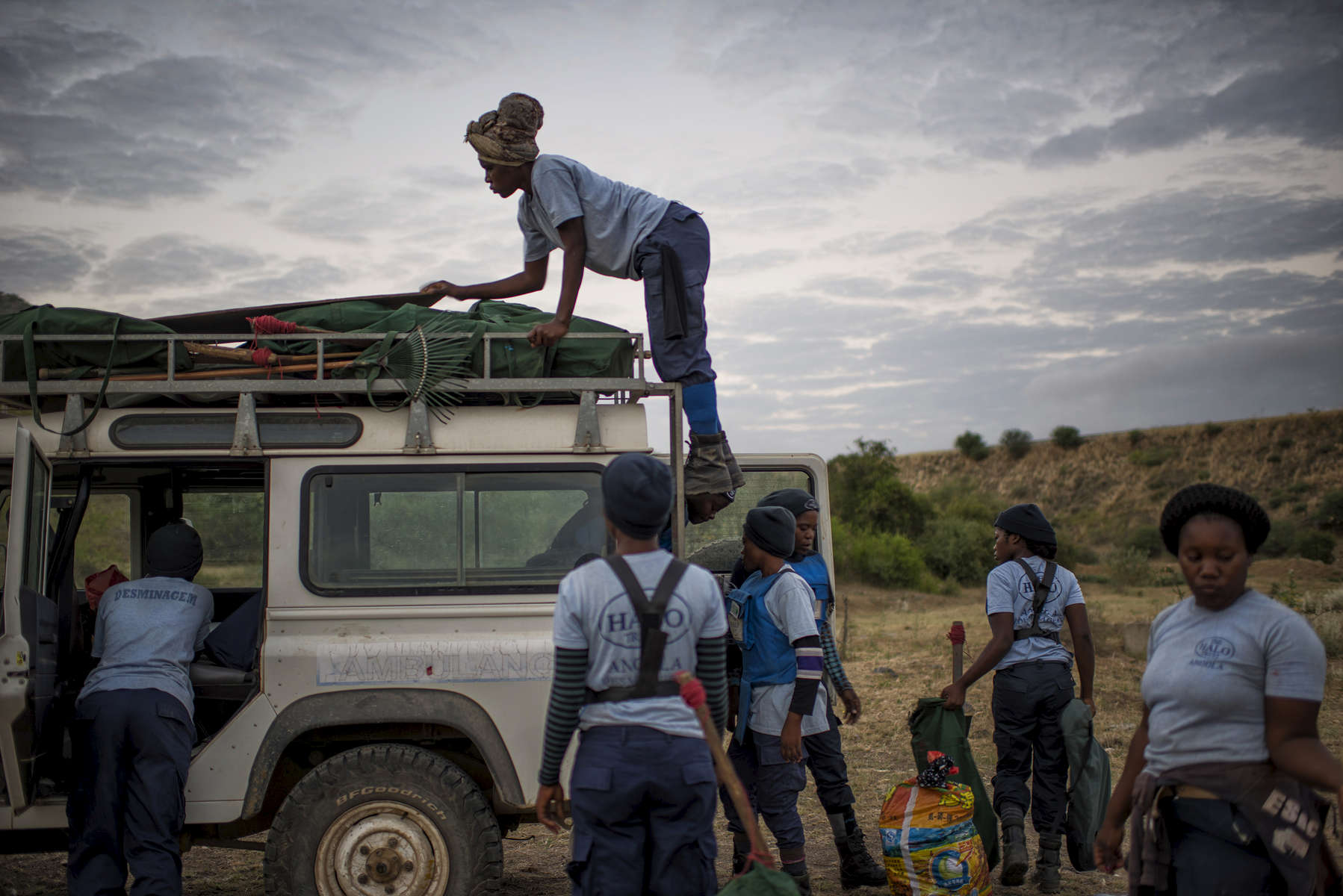 The demining team during preparations before a mission 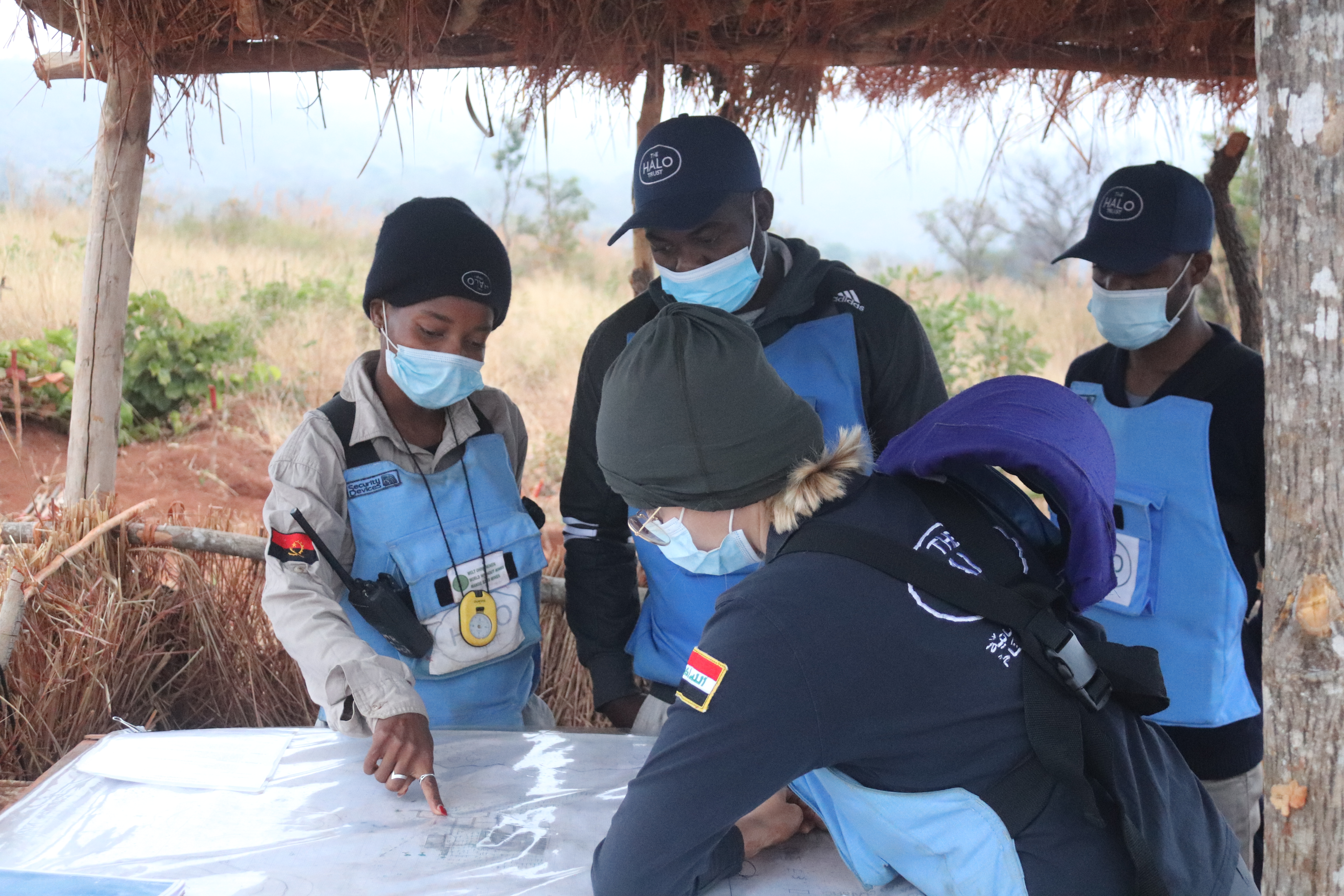 The teamleaders in a meeting

Laura Tchissingui, a deminer from the WoM team, recounts the fear she had during the intensive training, when she was thinking that she would soon be working on "real" minefields. But when she actually went to the field after successfully completing the training, her fear dissapeared. "After this very thorough training and with our daily supervision and guidance, as well as all the safety measures and good equipment, I have full confidence that I can do this job," tells Laura today. She believes women play a very important role in society and in their jobs. "Here in our mining sector, for example, there are relatively very few mine accidents involving women," she says, smiling. "I think women are generally much more careful and take their work with greater responsibility, although of course that doesn't mean we compete with men. Still, I think we women have an advantage!"

Luciana's story goes to show what WWM can achieve with donations: a population free of fear that can once again utilise its land; women who can feed their families; children who have a chance at getting a better education.

3 anti-personnel mines and 6 explosive ordnance remnants (UXO) were identified and disposed of.

71,310 square metres of land were cleared by the WWM women's team.

886 people can now walk on and use their land without risk.