Various groups fought a bloody war for supremacy in Cambodia from the 1960s until 1998. Today, an estimated 2,000 square kilometres of land are still contaminated with mines and explosive remnants of war. Around 64,000 people have been killed in accidents involving mines since 1979; more than 25,000 have lost arms or legs. No other country has more amputees in proportion to the number of inhabitants – a sad record.

WWM has cooperated with Cambodian Self Help Demining (CSHD), a national NGO founded at the initiative of former child soldier, Aki Ra, since 2017. We participate in raising risk awareness and financing demining teams. 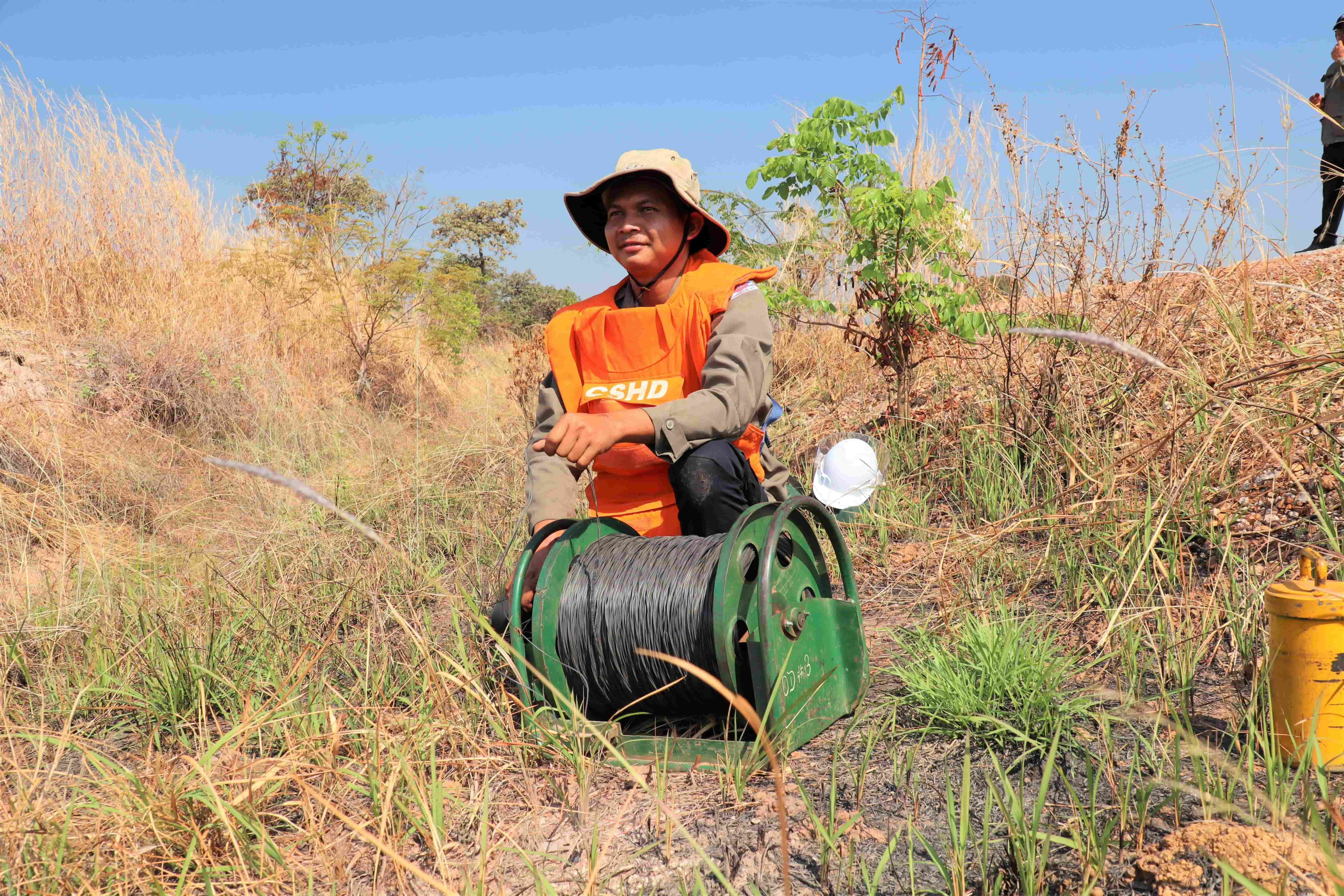 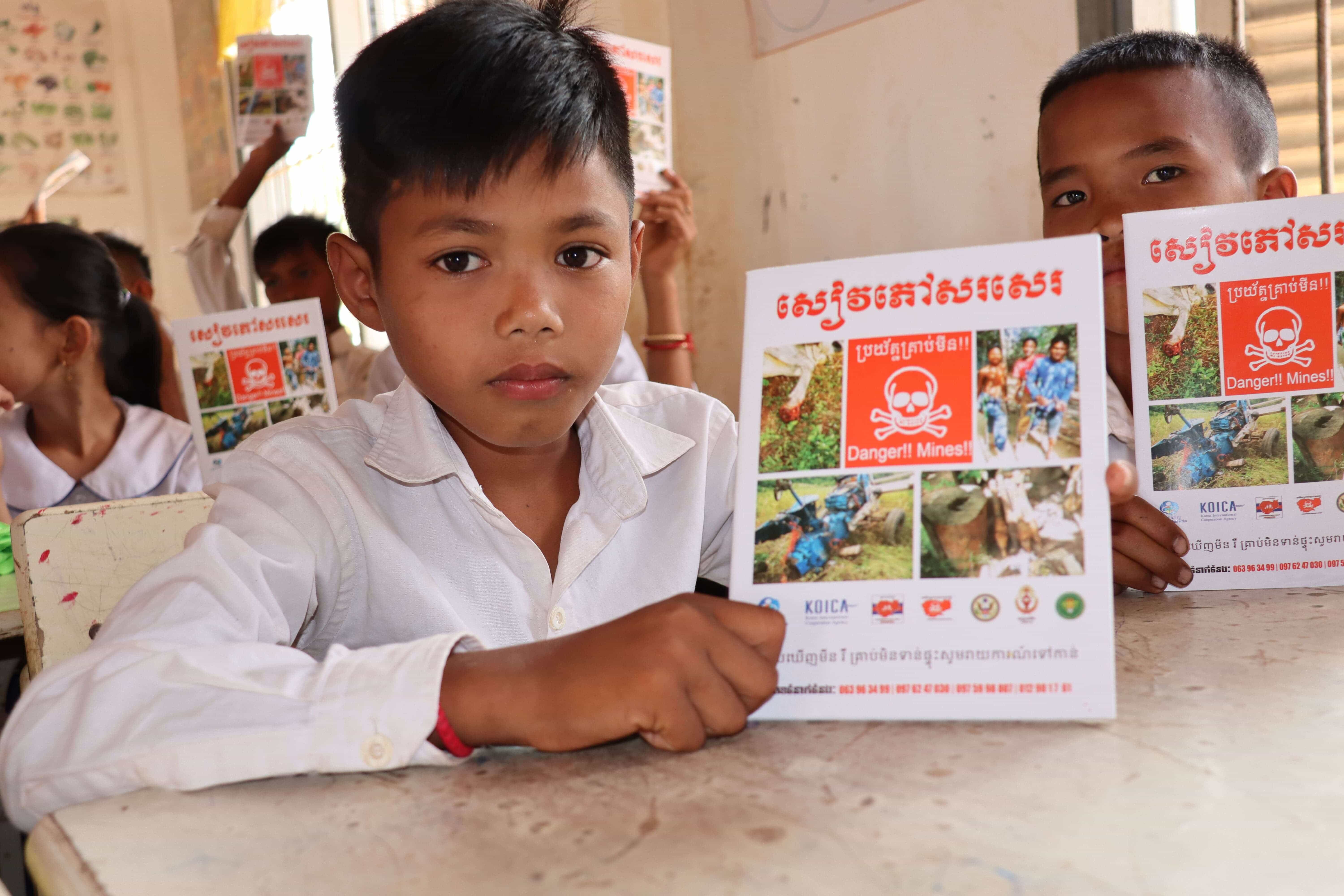 Schoolchildren are made aware of the dangers of mines

Example: En Poy, a mine accident victim as a deminer

The object looked like a plaything, so 12-year-old En Poy and his friends began playing with it. Until it exploded. Poy lost an arm and the sight in one eye. His despairing parents brought him to Aki Ra, the former child soldier whose organisation CSHD has campaigned for mine victims and demining in Cambodia since 2007. Poy liked it there; he found new friends, completed his education and became a watchman at CSHD. But he wanted more. He wanted to be a deminer, to make his country a safer place. He wanted to prevent other children from suffering the same fate. Surely that must be possible even with just one arm! Poy trained hard – and passed every exam at the first attempt.

Today, he works in one of CSHD's two immediate response teams that are financed by WWM. These teams educate village inhabitants about the risk of mines and other explosive remnants of war. They are also dispatched whenever an unusual object is reported. They locate the explosive discovery and eliminate it.

Poy cannot imagine a more rewarding job despite the danger it entails. After all, it allows him to help make his country safer every day. 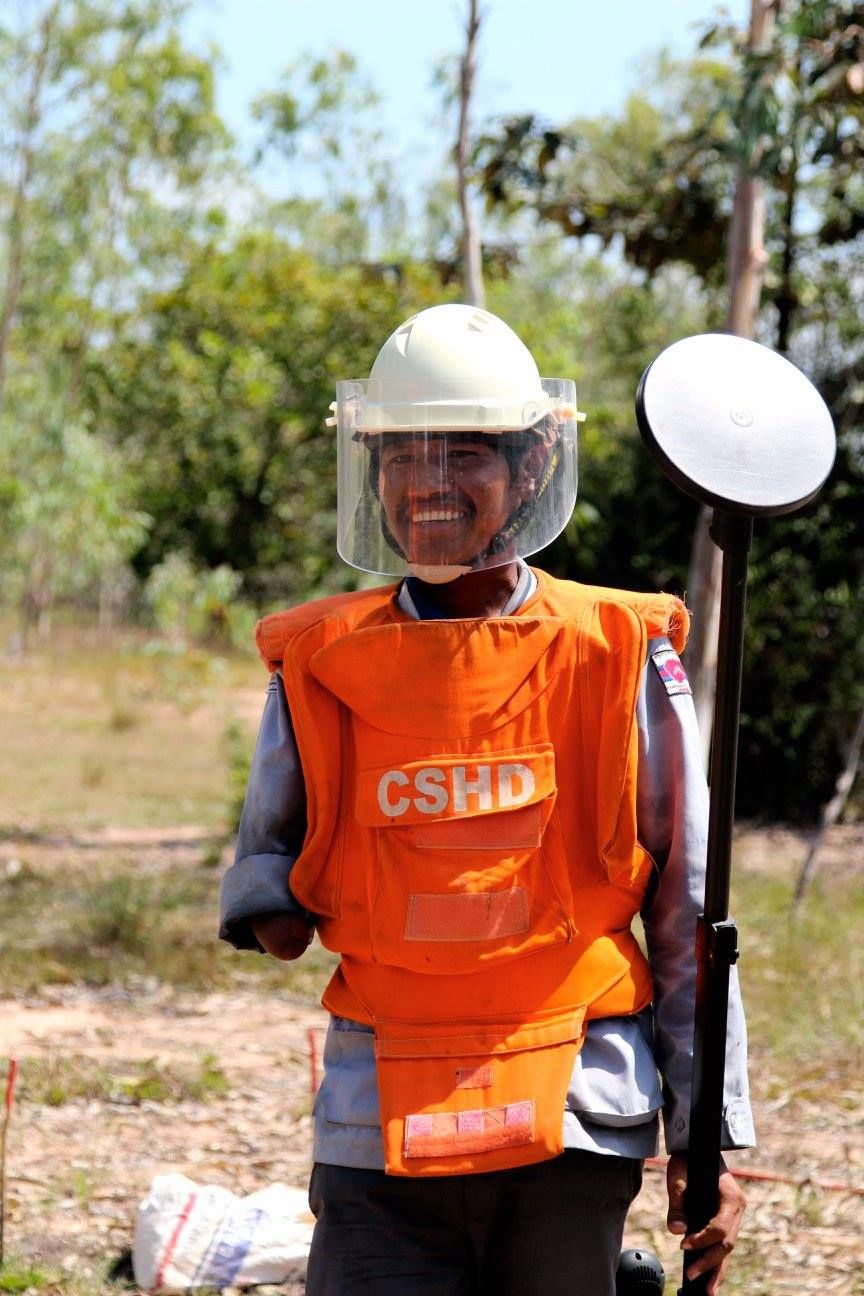 En Poy - A mine victim works as a deminer 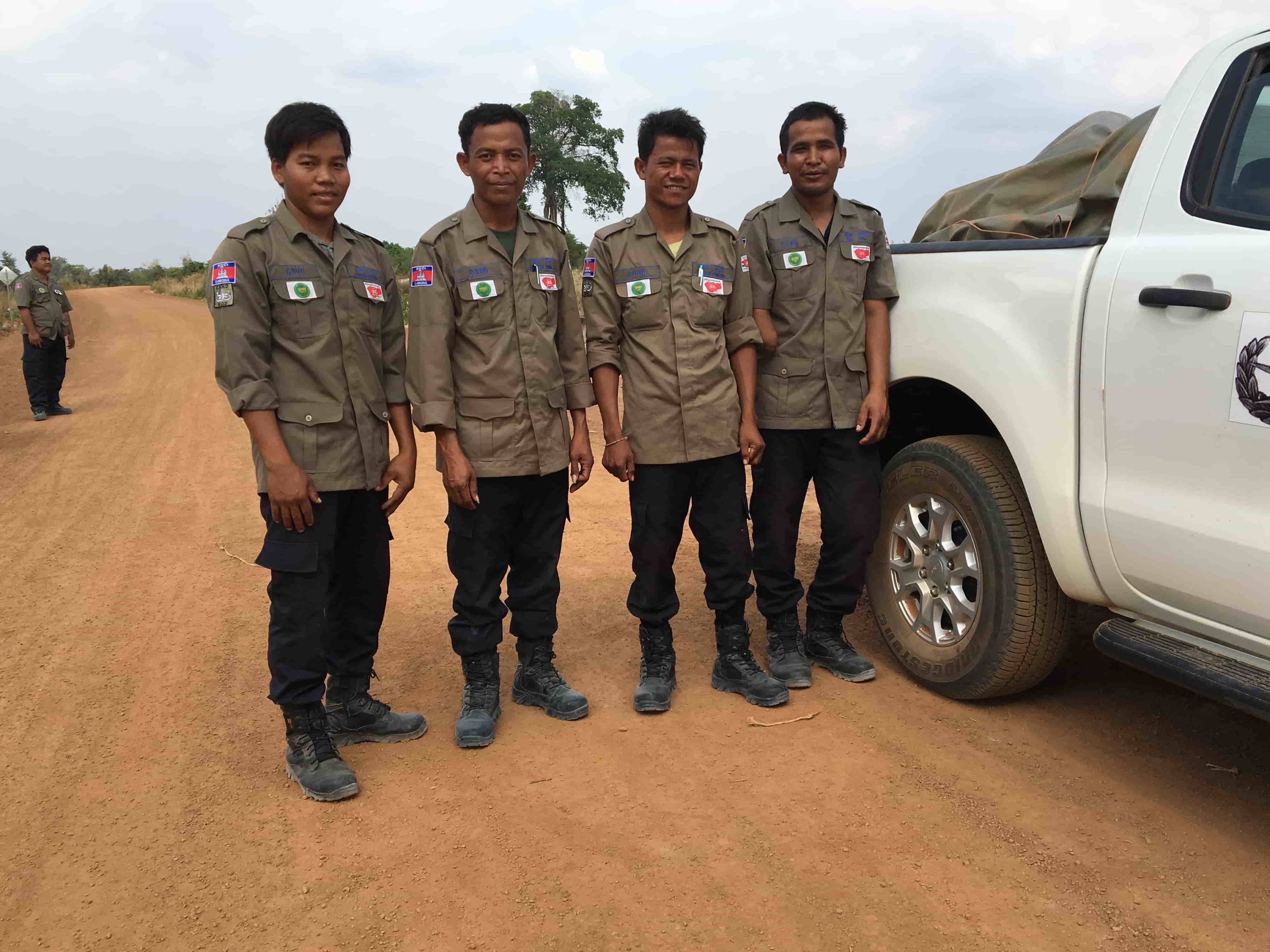 En Poy (right) and his team

WWM is convinced that the work of Aki Ra, En Poy and all the other deminers at CSHD represent a significant contribution to Cambodia's economic development. Soil is the basis of existence in many rural regions. Producing more than enough to cover one's own needs is a first step into a better future.

523 EOD missions, during which 424 anti-personnel mines, 2 anti-tank mines, 925 UXO’s and 187 other explosive remnants of war were disposed of.

16 700 square meters of land have been cleared and are now safe to use again.