South Sudan is the world's youngest nation. The region has been a theatre of virtually uninterrupted war for more than fifty years. Although the conflict that broke out again in 2013 after a short break officially came to an end in the summer of 2018, it has led to one of the greatest humanitarian catastrophes the world has ever witnessed. Millions of people are fleeing the war zone, dependent on aid organisations and threatened by hunger and disease – and masses of explosive remnants of war that also impede the aid workers.

Clearing mines during an ongoing conflict is extremely dangerous. Demined areas are soon contaminated again due to fighting. WWM therefore concentrates on educating the population. We finance a mobile DanChurchAid (DCA) team that educates people living in mined areas using methods appropriate for their age and gender. It also trains youths and adults as "ambassadors". 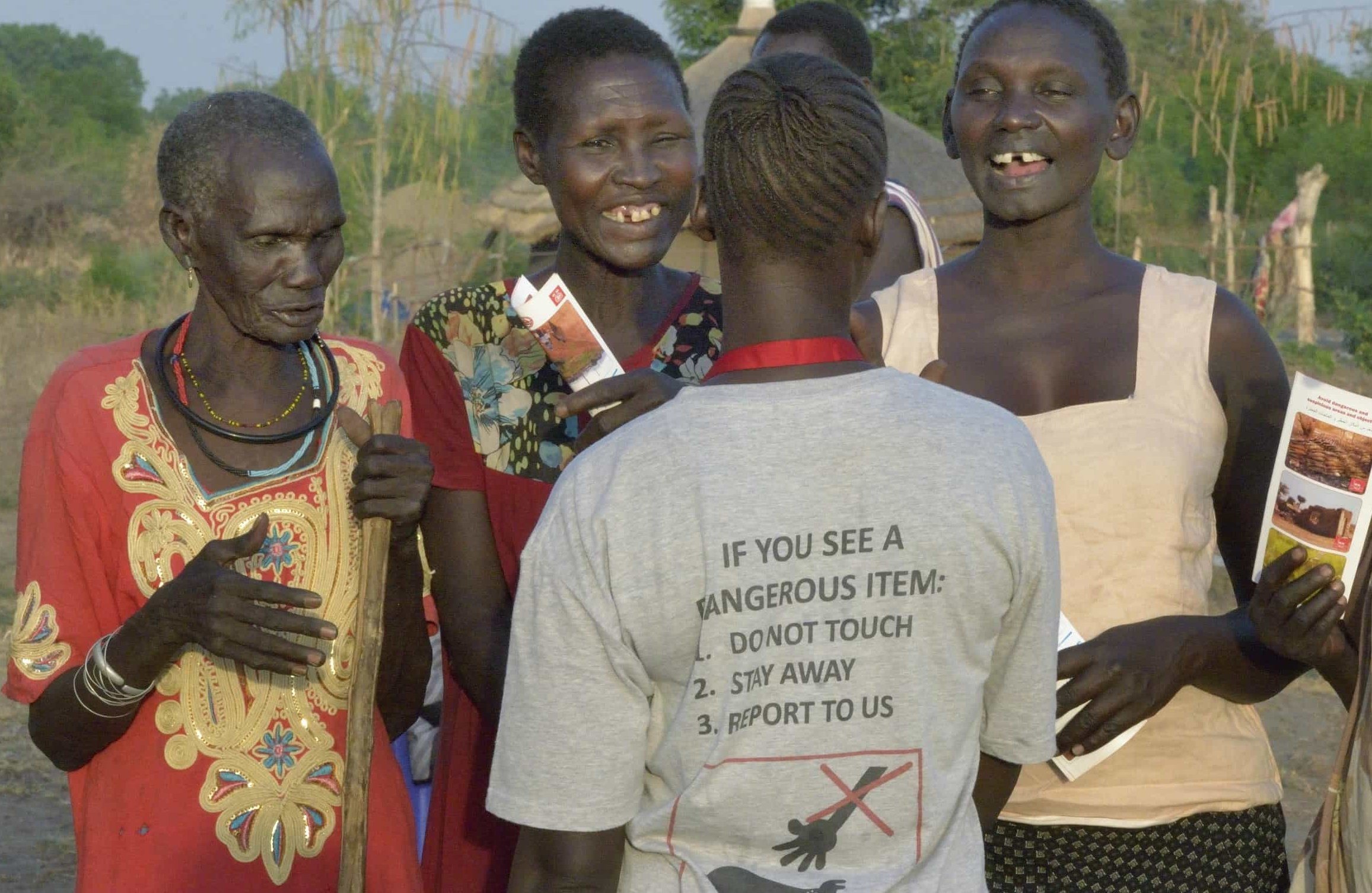 Refugees are informed about the dangers of mines and explosive remnants of war. 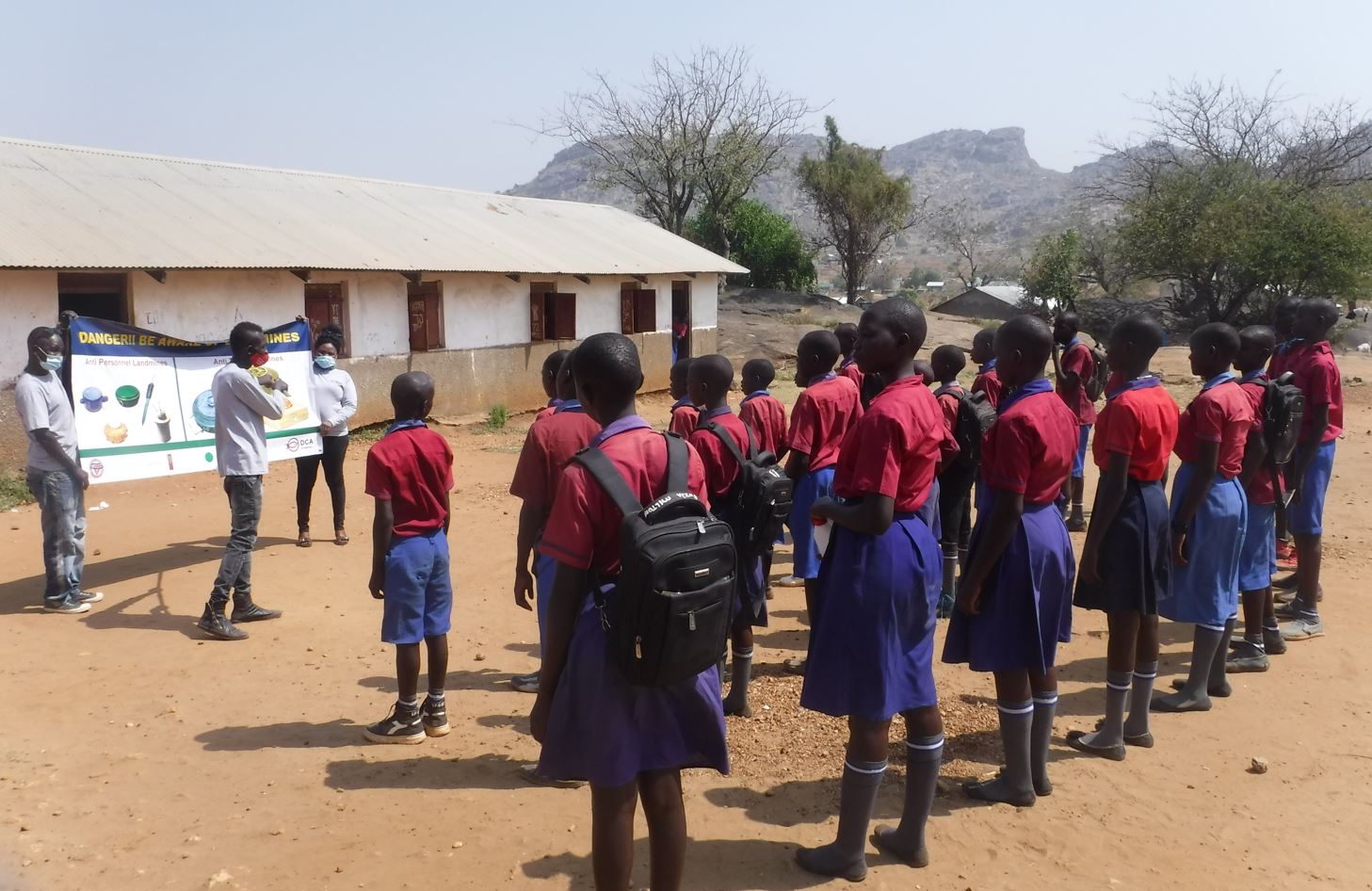 School by school, children are trained on safe handling of mines and explosive remnants of war. 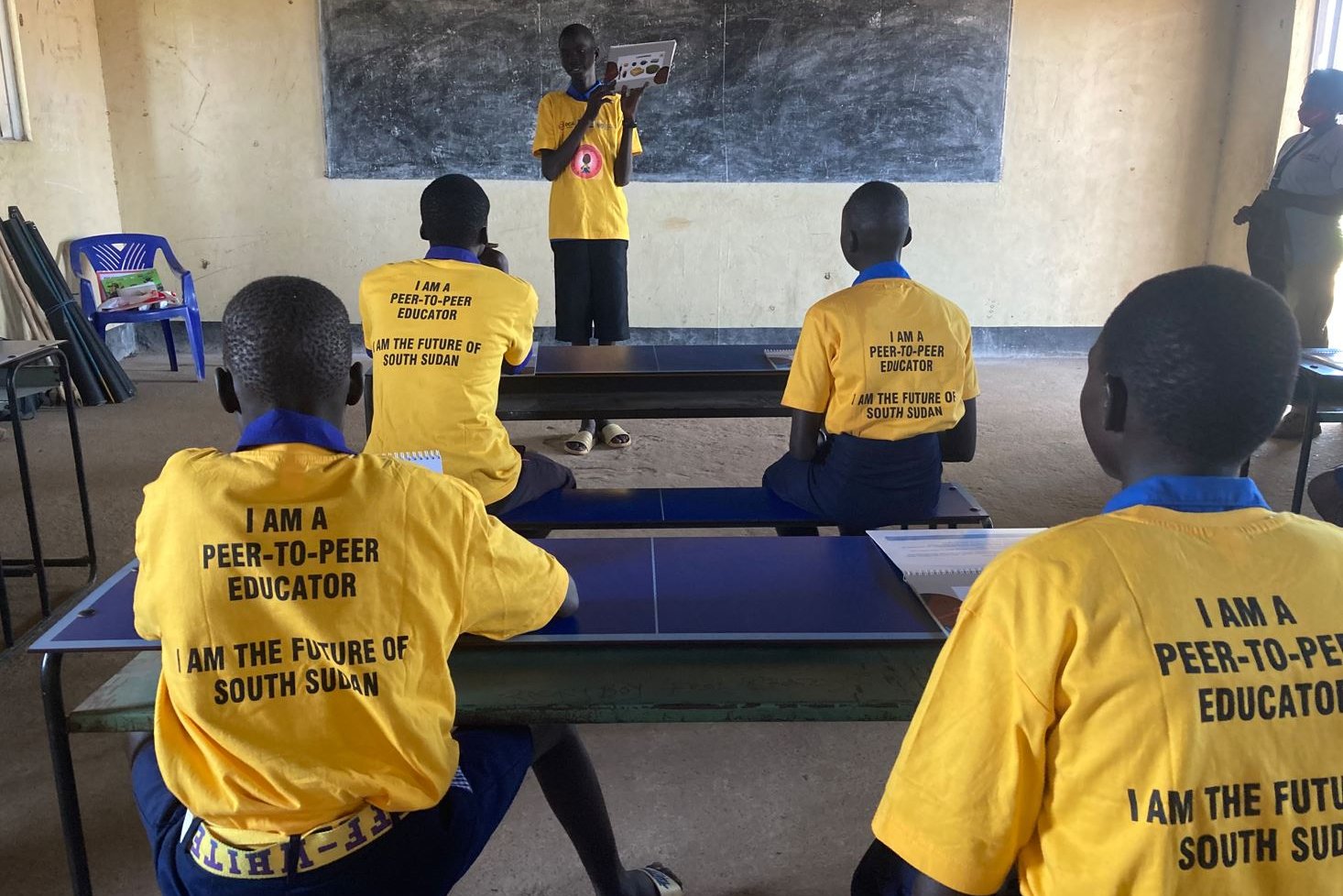 Children and young people are trained as ambassadors to do risk education in their environment and to continue the project in the long term. 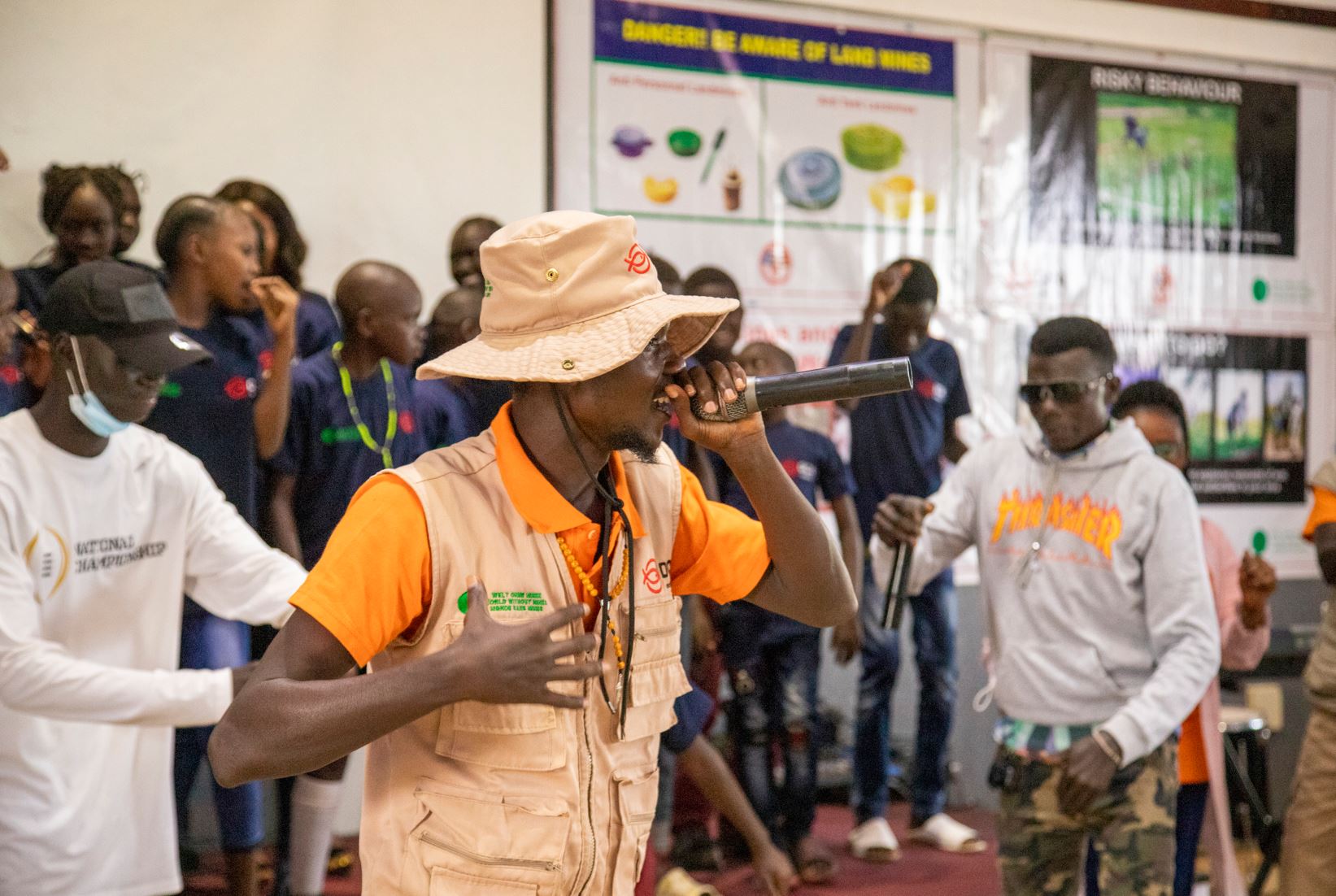 Through talent shows, children, young people and adults can, for example, internalise the messages of risk education through singing, dancing, theatre or poetry and pass them on with joy. 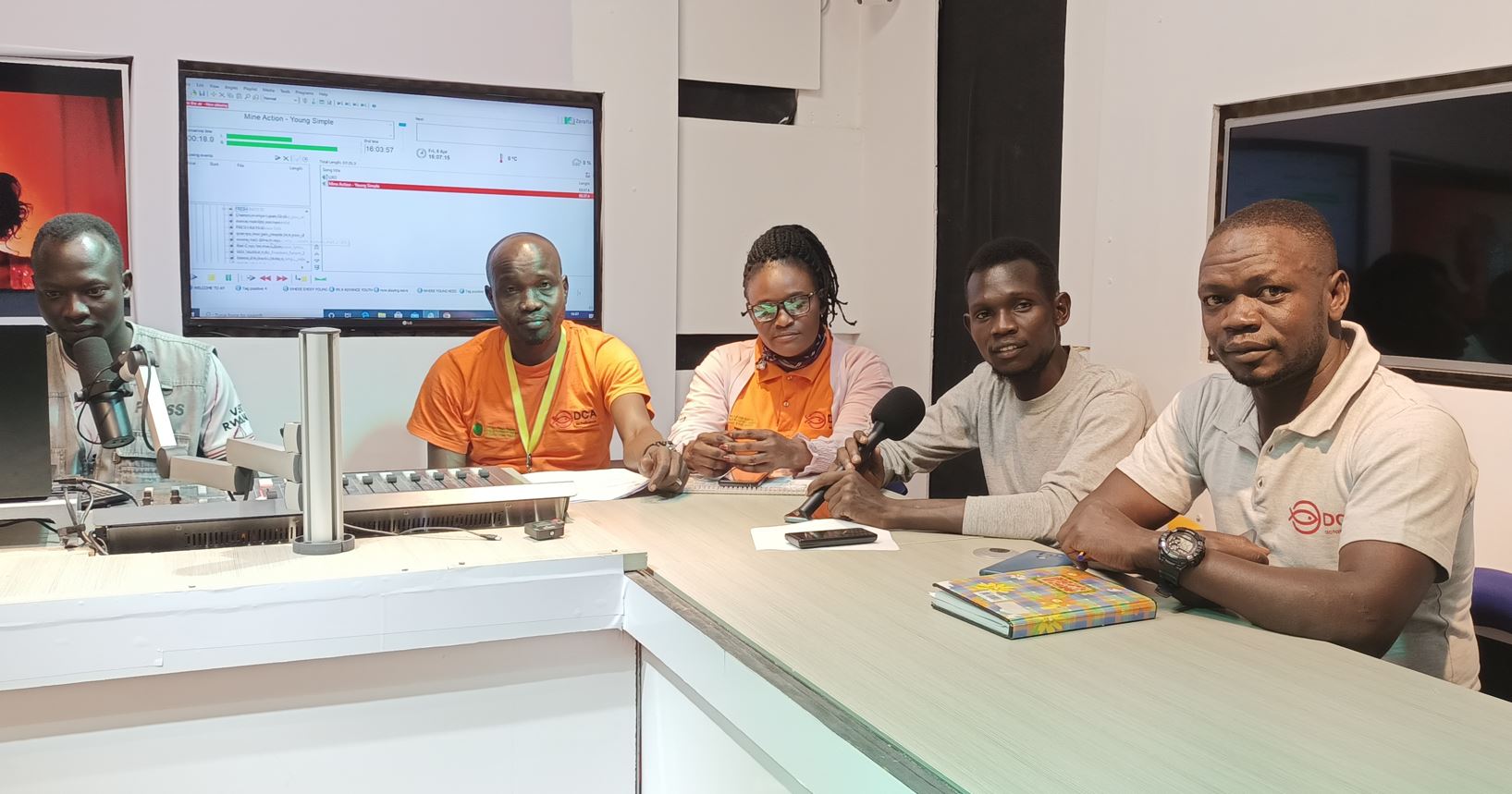 Another approach of the project is to reach out to the local population with risk messages through mass media such as various radio stations. 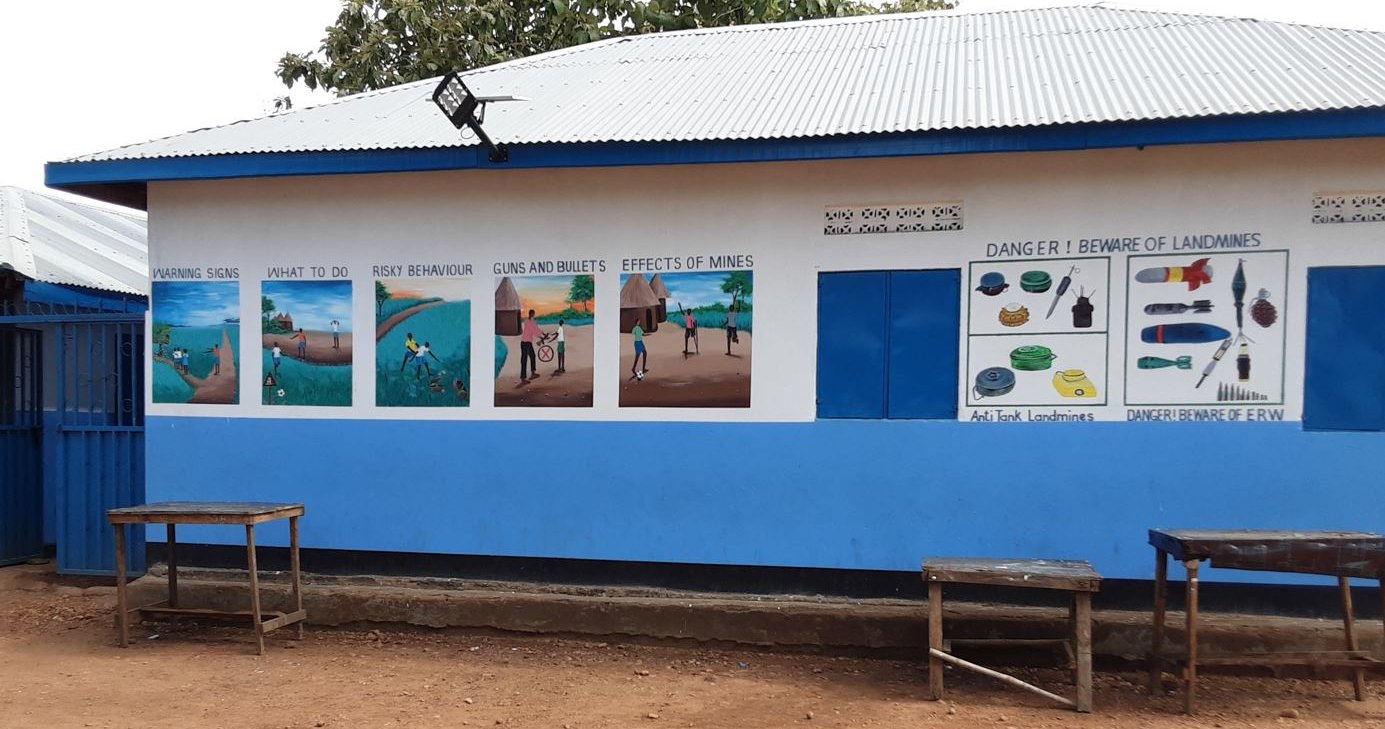 In cooperation with children and young people, safety messages were painted on the walls of the schools to keep reminding students of the dangers of explosive remnants of war.

Case Story: Helen would like to become a risk educator herself one day

For the first time, 13-year-old Helen Zereda attended a risk education course on landmines and unexploded ordnance. Her parents never told her directly about these dangers, but they forbade her and her siblings to use certain paths in the village. After Helen was educated by our local partner organisation about the risks of explosive remnants of war, she now also understands the strong reactions of her parents if she disobeyed them. Helen is motivated and would like to become a risk educator herself one day to protect her community and future children against the dangers. 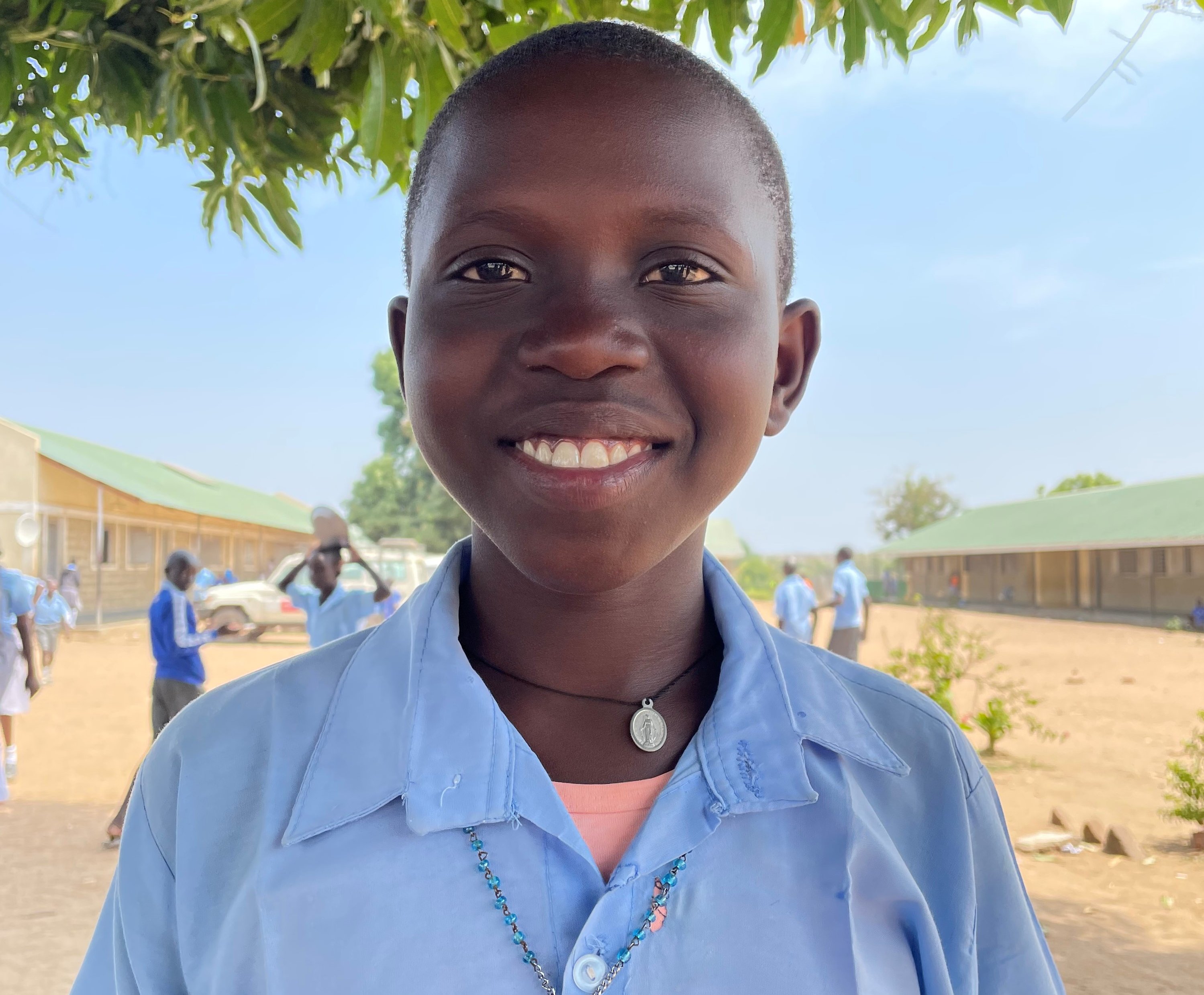 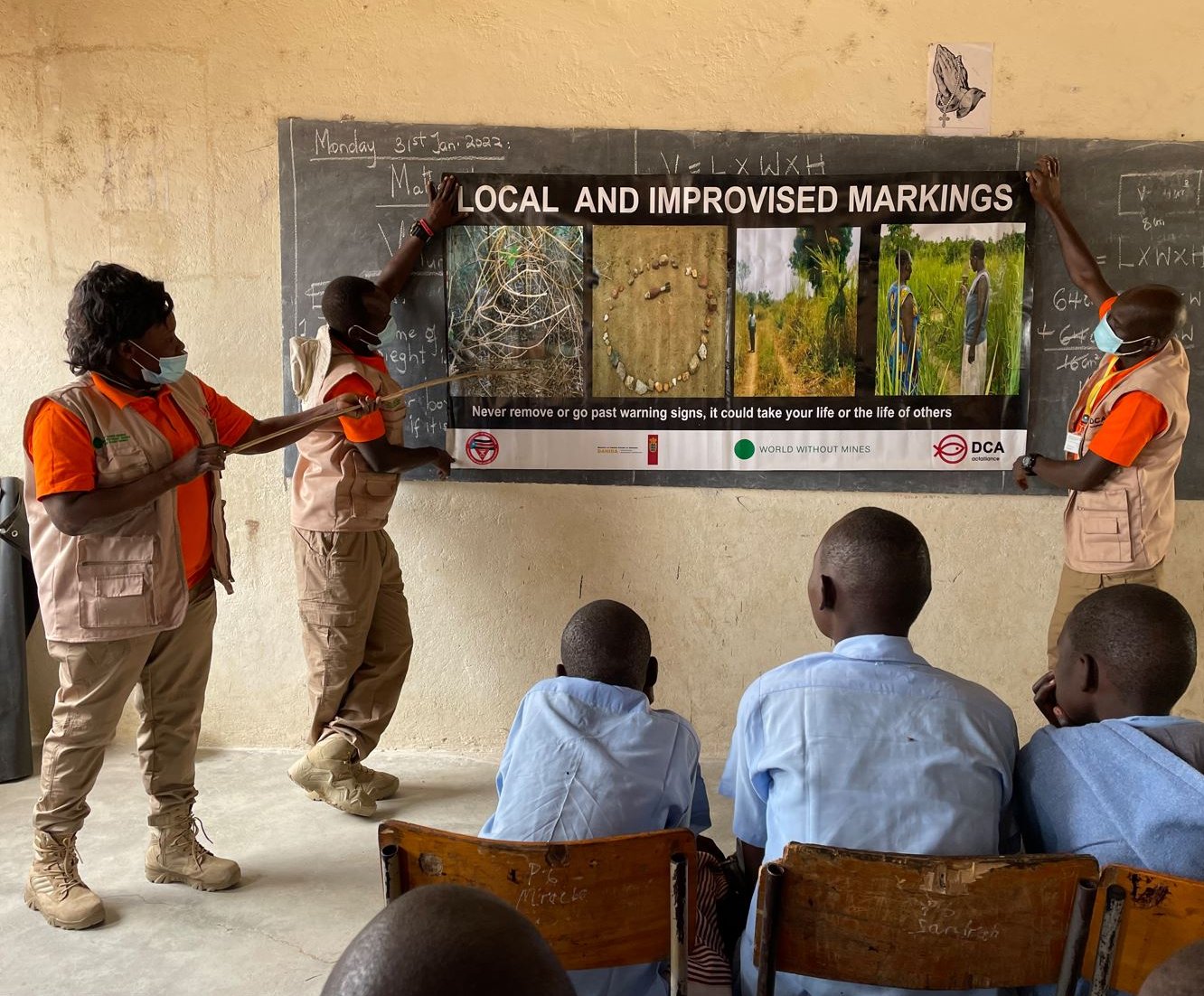 WWM trains youngsters to achieve a specific aim: to share their knowledge with their peers. They perceive their role as meaningful; it strengthens their self-confidence and ensures that their knowledge is passed on where it matters.

Adults, many of whom are teachers, are also trained as "Community Focal Points" and provided with education materials. They use drawings, graffiti, books, theatre plays and songs to educate children or recent arrivals who are unfamiliar with the area about the risks posed by ERW.