Hundreds of various mine types, undetonated cluster bombs, improvised explosive devices and other explosive remnants of war are located in current and former regions of conflict. An overview of the most important types.

Mines are intended to maim or kill people. They are differentiated by the way they do it.

The use, stockpiling, production and transfer of anti-personnel mines was outlawed by the "Ottawa Convention" of 1997. The convention has to date been ratified by 164 countries.

Anti-vehicle mines, on the other hand, are as yet not outlawed. 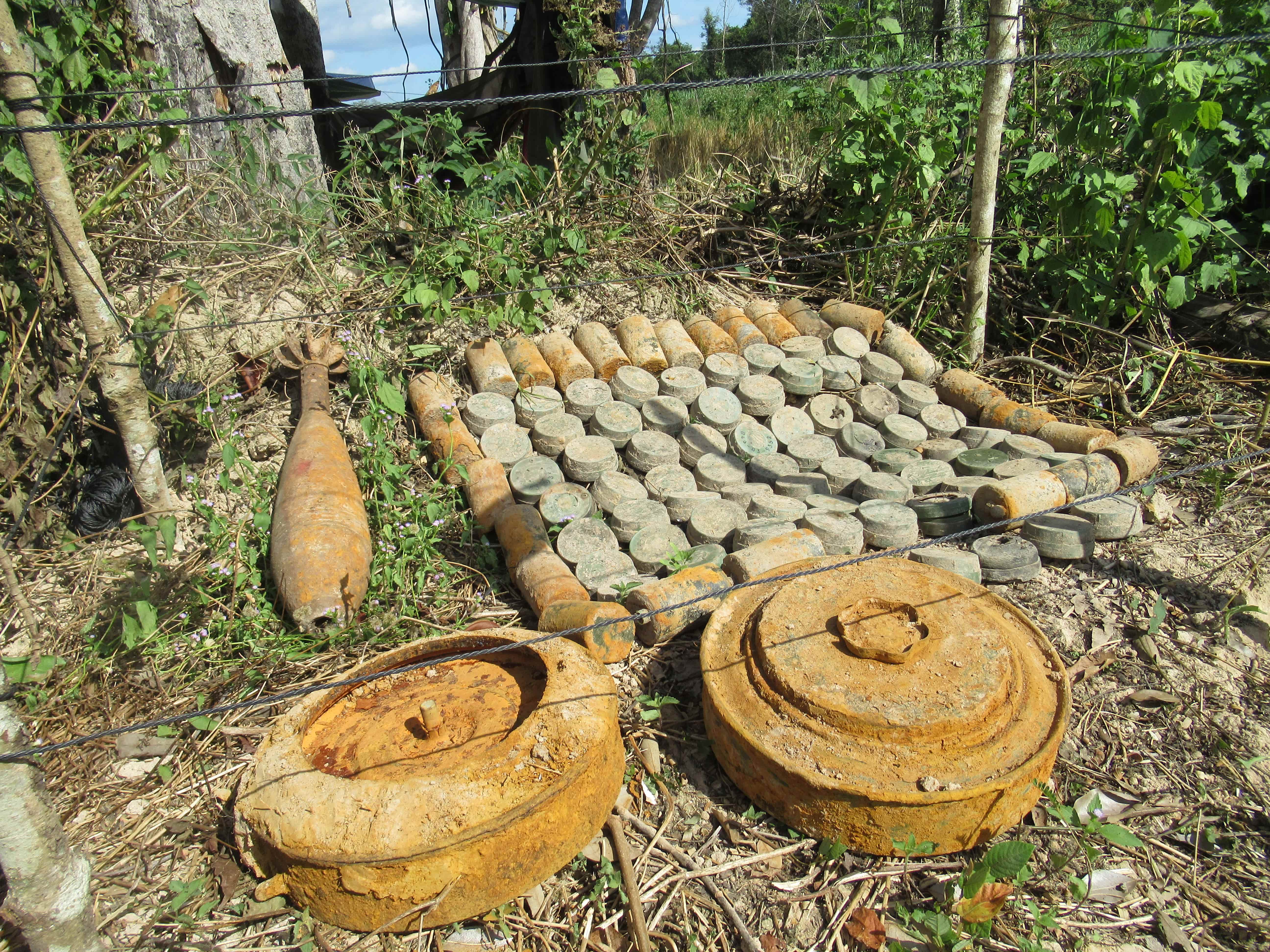 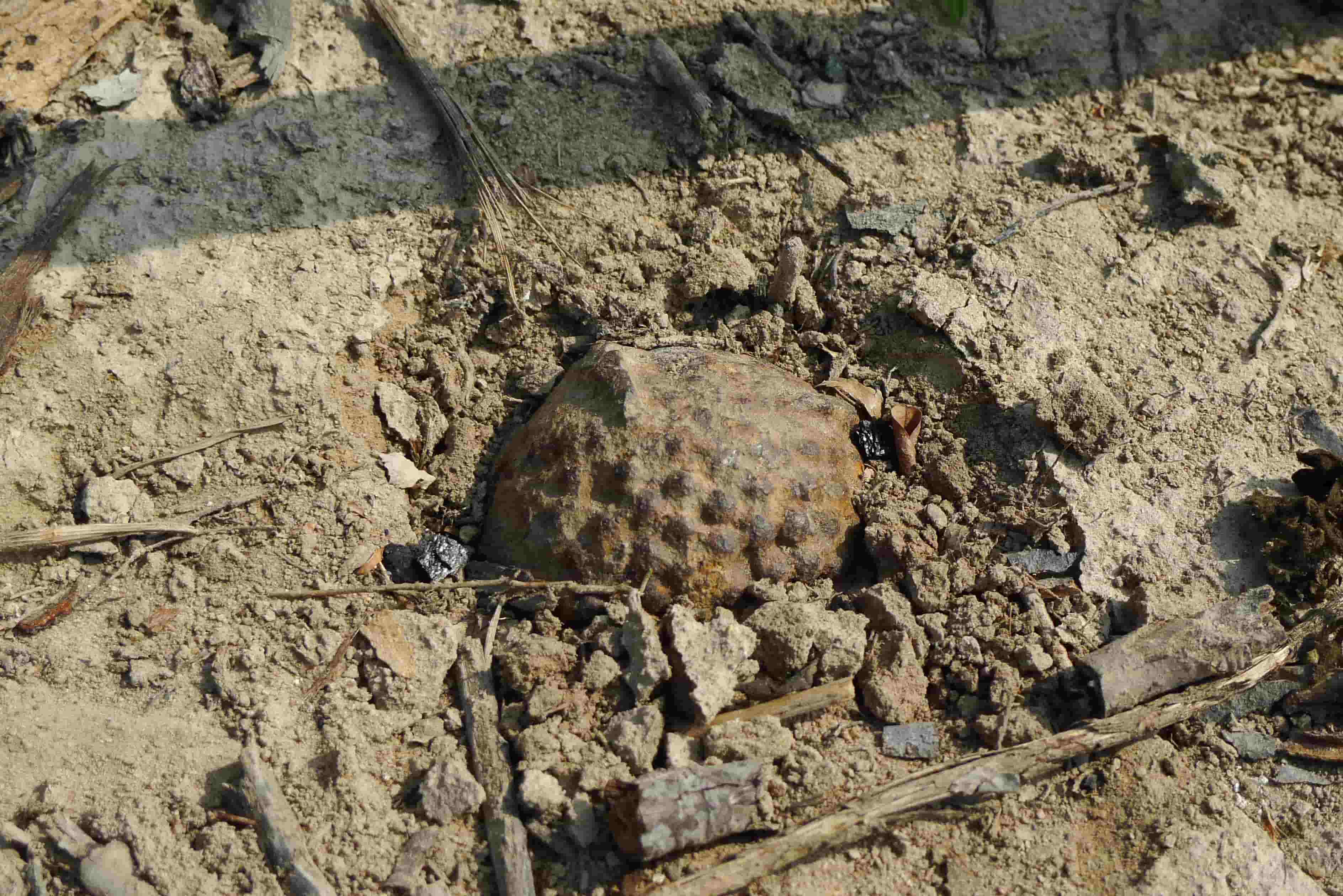 Cluster munition is fired by rockets or grenades or dropped from planes. Hundreds of so-called "bomblets" are distributed over a large surface area. As many as 30% do not detonate and remain in situ as unexploded ordnance – with the same effect as mines.

Cluster munition also poses a threat to civilians in particular, often even decades after the war has ended. Children often see them as toys due to their shape and striking colours and are therefore especially at risk.

The use, development, production, procurement, stockpiling, retention and transfer of cluster munition was outlawed by the cluster munition treaty of 2008 ("Oslo Convention") that has so far been ratified by 120 countries.

The term remnants of war refers to munition that has been fired, launched, dropped, abandoned or used in another way that has only exploded in part or not at all. People often consider these duds to be harmless, even though the slightest touch can trigger an explosion even after many years.

Improvised explosive devices (IEDs) are manufactured from whatever materials are available: pots and pans, rubbish bins, mobile phone components, etc. They are systematically used to target civilians in current areas of conflict. Booby traps hidden behind doors, in cupboards or refrigerators are intended to prevent refugees from returning to their homes.

IEDs are one of the reasons why the number of victims in crisis regions such as Afghanistan, Libya, the Ukraine and other countries and places have increased significantly. 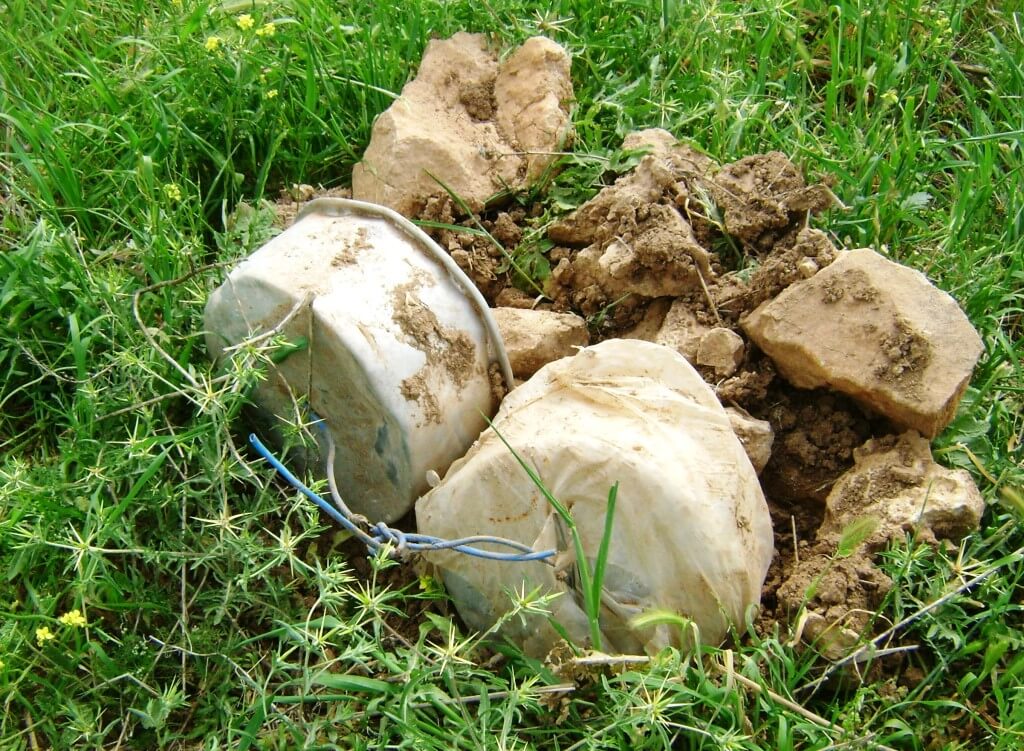