Funding for training of deminers and digital risk education

Following the withdrawal of Russian troops from northern Ukraine, the cleanup work has already begun. For the first systematic clearance of areas contaminated with various remnants of war but not mines, World without Mines is funding the training of additional deminers in all aspects of explosive ordnance disposal, including battle area clearance and explosive ordnance recognition.

The legacies of the war are adding to the humanitarian catastrophe and will continue to plague Ukraine for months, years or decades to come. To warn people of the dangers, World without Mines has facilitated risk education on social media since the war began. Ads are posted on Facebook and Instagram to warn people not to touch or pick up ordnance. Thanks to World without Mines, the warnings could be further developed as videos - they had been viewed 309 million times by the end of August 2022.

The high level of contamination and the nature of contamination with remnants of war pose a major challenge for deminers in Ukraine. The need for well-trained deminers is enormous. World Without Mines reacts quickly and finances a two-month training course organised and conducted by our partner organisation The Halo Trust. Thus, 132 deminers can be trained in all aspects of explosive ordnance disposal including so-called "Battle Area Clearance - BAC" and "Explosive Ordnance Disposal - EOD" and can set about clearing explosive ordnance immediately after training. 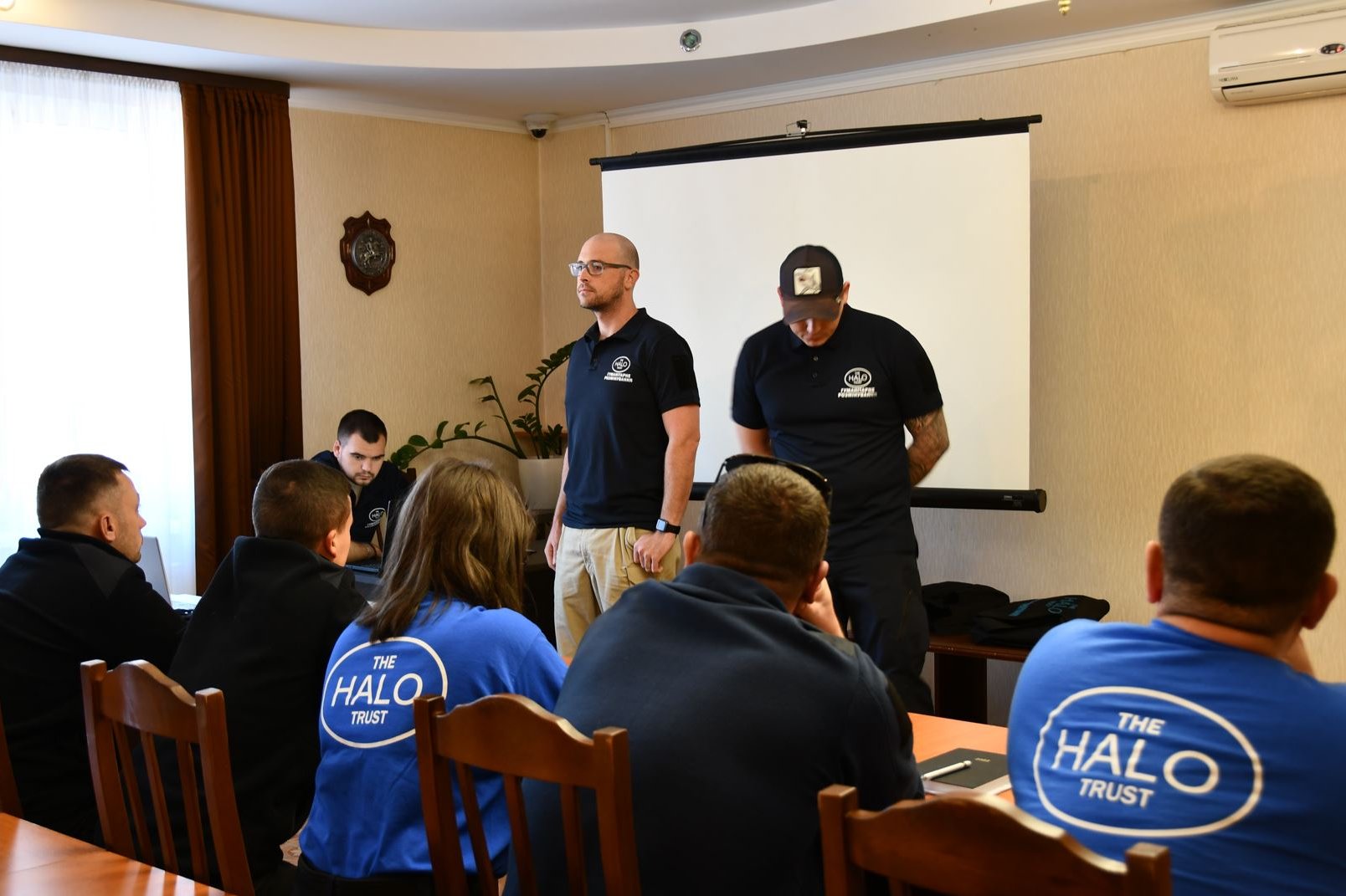 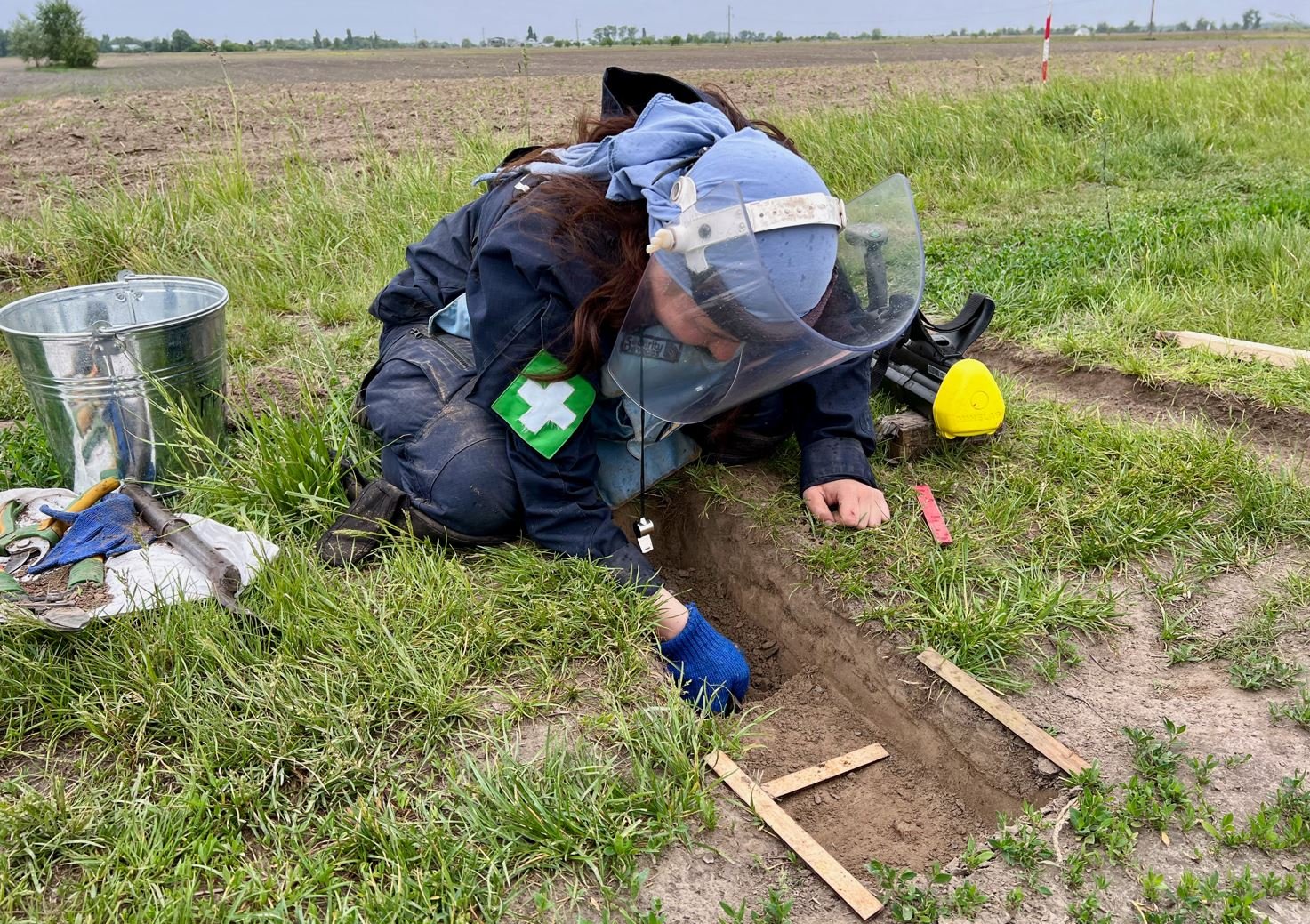 The danger of unexploded ordnance lurks everywhere in the war zone: unexploded ammunition ranges from small-calibre projectiles to 200-kilogram aerial bombs. In addition, frontline positions and army equipment left behind may be littered with mines and booby traps. These legacies of war compound the humanitarian catastrophe and will continue to plague Ukraine for months and years to come.

World Without Mines therefore supported The Halo Trust in the realisation and further development of a digital campaign immediately after the war began. With ads and videos on Facebook and Instagram, people are warned of the dangers and called upon to inform the local emergency services if war material is found. From February to August 2022, the ads were viewed 309 million times and the videos 102 million times. 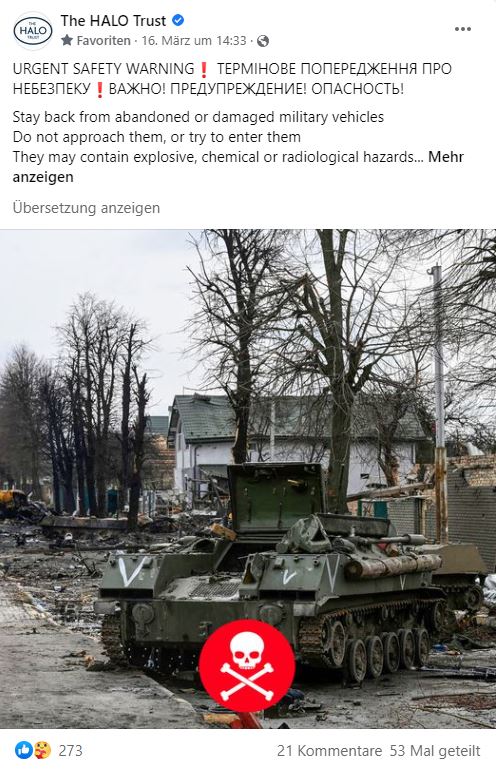 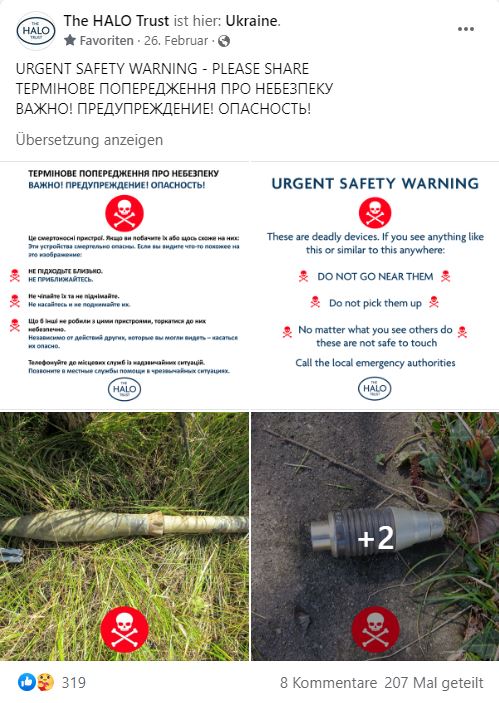 Un example of the videos: